Tom Newton, the author of the popular book, “Your Pocket Guide to Great Games for Golf” announces a new blog dedicated to information about golf side bets for fun loving golfers. The goal is to create the world's best resource to learn about golf games for side bets related to golfers of all types. 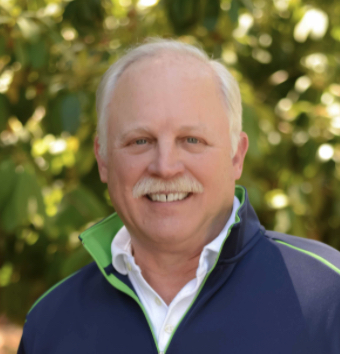 "From a very young age I've enjoyed golfing with family and friends. It is still my favorite past-time. Over the years, my golfing buddies and I created many different side games to add even more fun to our outings. I created this blog to share those with other fellow golfers.  Ultimately I hope this blog will inspire others to share their ideas and become the world's best resource for all things about golf side games"

Tom Newton is a semi-retired insurance executive and consultant specializing in helping clients develop their businesses.

Throughout his life he had a great love for the game of golf.  His first outing was with is dad at the age of 12 at the old Oregon City Golf Club.  Later his closest friends got him hooked on the game.  Tom was a member of Willamette Valley Country Club for 19 years and served one year as the club President. Then golf took him to The Oregon Golf Club where he was a member for several years until deciding to leave the private club world and focus on golf travel and playing at a variety of venues with his rapidly growing number of retired friends.

He is a proud member of the NW Golf Guys.

Betting games were always part of the fun, so Tom started collecting the games his many golf partners enjoyed and ultimately compiled them in his self published book; “Your Pocket Guide to Great Games for Golf”. First published in 2002 the book  has been sold internationally.

Tom’s favorite golf experiences include a trip to Scotland where he played St Andrews among many others, Pebble Beach, Colonial, The Olympic Club, Pasatiempo, Kapalua, and of course Bandon Dunes.

Sign up to receive great golf side games right in your email box each month!

Send us your favorite golf side game and you'll be entered into a chance to win a prize!